Good things happen to those who hustle.

Nin was  a writer of things that I always found intellectual, saucy and feministy all rolled into one. Quite a feat. 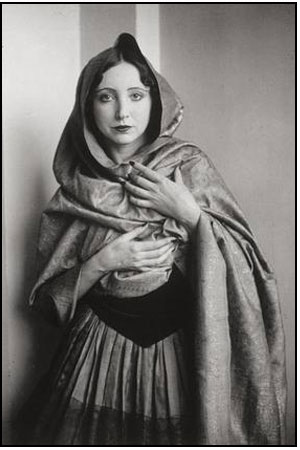 Above: Anaïs Nin. The second delightful kooky image is by Kenneth Anger

A friend posted a pile of Nin’s quotes on FB and amongst them all, this one stood out for me today. Why you ask? Well dear reader, this  is because I am having to start the great art hustle in my own life. The great art hustle? It’s when you have to drag yourself away from the art making and start trying to do some art moving, some art marketing [shudder], that is unless you want to end up with an art graveyard under your bed.

I hope that none of you are reading this and feeling horrified that I, who have never offered an art-making space that is anything other than non-judgemental and with a motto of ‘make things for yourself’, have sunk so low as to suggest there might be some other things to talk about?

So let’s first say that I hate the art hustle very much. I would much prefer to just keep making, making, MAKING. But the problem is what do I do with all my art-babies/monsters now that I have created them? My house is getting awfully full of some half decent sculptures and I feel the urge to send them into the world.  This is not even to touch on the repulsive topic of having to make an income. I believe I have mentioned the fact that I do some design work, for money? [ And its ok, can’t complain, not trench digging involved.] But what I really want to do is just make art, and that my dear art-making reader brings us full circle…. If I want to make art full time I have to start selling it! Horrific I know.

Several other times in my life, this has come up as a possibility, and for one reason or other has not happened.

And the thing is that stuff still exists. But I am feeling a bit now or never for some reason. I don’t think you are ever too old to make art [ I wrote a post on this], people get discovered late in life sometimes, but I guess I just really do want to start selling some of my art now. And apart from the question of income there is my genuine urge to send my art off into the world.

It is the function of art to renew our perception. What we are familiar with we cease to see. The writer shakes up the familiar scene, and, as if by magic, we see a new meaning in it.

Some of my art works art taking me about 6 weeks to make. I am putting a lot into them. I am trying hard. And I think they are getting quite good. And I want other people to be able to enjoy  [or not] the wierd little world I am creating. To see the little stories I am telling.

So what even is the Great Art Hustle? What does it involve that is so horrible?

It means telling people you are an artist.

Trying to get a gallery to represent you. Having a cohesive body of work to show in an exhibition. [Or starting/finding a shop to show your work if you feel more artisan than artist].

And putting it all out there, to sell…. or maybe not.

Is it this last thing that is the truly awful crux of the matter?

Because frankly the other things aren’t that bad. Or is it the sense that I won’t be able to make what I want? That I will have to sell out?  What if I do all this and nobody even likes it? AAAgh. Terrifying. And yet if I want to get rid of my art-graveyard I have to take these steps.

I am not saying that everyone should start hustling. Maybe the time is not right for you?

2 comments on “The Great Art Hustle”

This entry was posted on November 22, 2013 by makingartme in Inspiration and tagged anais nin, hustle.